Most people are probably aware of this title but for those that aren't – This was canned around 90% into development (so so close to release; what a shame). It was designed by HotGen to be a direct conversion of the Playstation original. Capcom refused the final build in 2000 saying that they 'were not confident that the product would have made both consumers and Capcom happy'.


I am running this fundraiser for a third party who does not wish to be identified. I do not personally own this cart so please do not contact me with regards to a private sale. The ONLY way this will ever see sunlight again is via the fundraiser.


The build that is to be released is very nearly complete in gameplay terms but when you get to the door at the Guardhouse Underground Watertank you cannot open it (even though you have found and have the correct key in your inventory). You can bypass this point by changing some memory values and 'jumping through' some of the rooms but I think we will leave that for you to figure out; keep some excitement in it.
You have unlimited ammo and the Zombies are very slow so the game itself is quite easy. The Beretta and Shotgun work fine, you can find the Bazooka but can't get it to fire!
The only enemies which work are the Zombies; Jawn is in the attic as usual but he just stands there and does nothing.
Plant 42 is present but again, it doesn't work.
Most of/ all of the cut scenes are present and work but I am not 100% if any of the endings work.

Well after so many years without a single sniff of this ever seeing daylight, we are now blessed with a second cart! I am also pleased to tell everyone that this IS a different build.

I haven't managed to give it the full play test as yet but noticable differences off the bat are -
There is no 'Load Game' function available. If you select 'Load Game' you are advanced straight to character selection (As though you selected 'New Game').
Jill is not available as a playable character! Her ID is present but if you select her the game automatically starts as Chris.
Chris' inventory at the start of the game is different - there are still only 6 item spaces but you instantly have access to the combat knife, beretta and shotgun (all of which are selectable and working). The Map is also present and working.

That's about as much as I have managed to play it so far but I will have some time towards the end of the week to dedicate to more extensive testing and will update my finds as and when I can - this will be much easier when the tools to dump the rom are in hand!
Haut 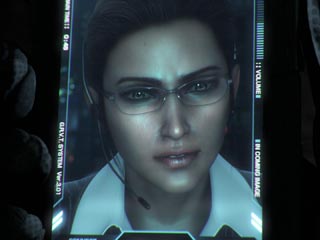